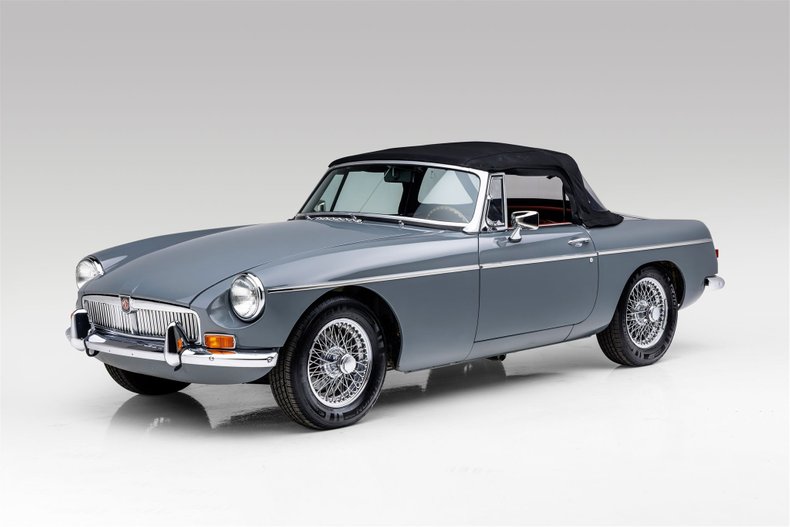 History
Midway through 1969, the MGB's aluminum hood changed to steel. The U.S. market 1969 cars also feature three windscreen wipers rather than two. U.S. cars also had the heater control on the left and a square oil pressure gauge separated the speedometer and tachometer. The left-hand stalk on the steering column operates the turn signals and headlight dipper while the right-hand stalk operates the windshield wipers and the overdrive if fitted. The all-synchromesh 4-speed gearbox now had a round shift knob instead of the teardrop shape. The radio was moved down to the console. MGs built for the rest of the world would keep the original dashboard until 1972.

U.S. market MGBs also differed from other models with emissions biting into performance, though perhaps not as drastically as Jaguar models. MGB Mk II color schemes featured leather seating surfaces without contrasting piping. U.S. market seats reclined for the first time with headrests and a “ladder pattern”. All cars had blacktop, boot cover, and tonneau. Interiors were black except for the GT's Sandy Beige or Metallic Golden Beige colors.