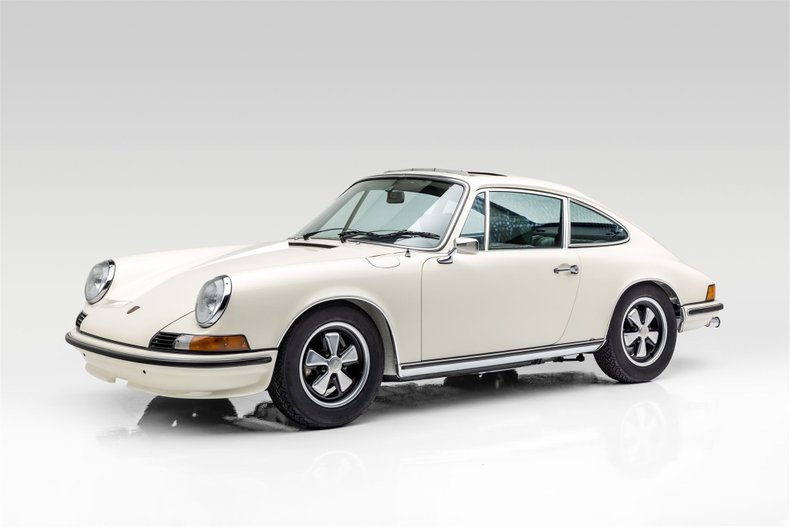 This 911 was reportedly shipped when new to Southern California and remained with its first owner until the late 1990s when it was sold to well-known Porsche aficionado, Bill Perrone, of Huntington Beach, CA. Mr. Perrone recalls the car being in very good original condition, with its original interior in place and most of its original paint still intact. He would enjoy it in this condition until 2004 when he sold it to another local Porsche enthusiast. A short time into his ownership, he embarked on a full nut and bolt restoration with the focus of the finished product being a concours worthy vehicle. Using many of the best shops in Southern California such as TLG Auto in North Hollywood and Autobahn Interiors, he completed the task and went on to win many awards with this car. After a few years on the concours circuit, the owner entered it in the 2012 Gooding & Company auction in Pebble Beach. The auction company set an optimistic estimate of $120,000 - $140,000 and the car sold for a record-breaking $214,500. The buyer was ecstatic and brought the car home to his collection in Pennsylvania. Five years later (2017), it was offered for sale by European Collectibles and quickly sold to a collector in Northern California. During his ownership, regular service work was performed by the well-respected Porsche specialists at RMG (Real Mean Garage) in Sunnyvale. In preparation for this sale, new Pirelli CN36 tires have just been installed and a leak from the engine-mounted oil cooler was repaired. This is a very good running and driving 911S that has a visually impressive color combination and ultra-desirable options such as Recaro Sport Seats, Limited Slip Differential and a Sunroof. With only 1,430 911S models built for 1973 and with less than 10% of those having been fitted with a sunroof, this is a rare opportunity.