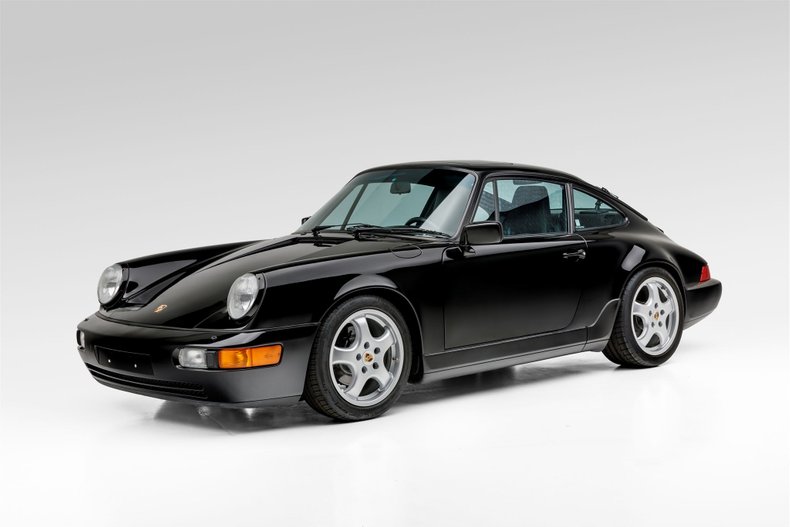 Originally delivered by Porsche Warrington from Warrington, PA, this 911 has 89,859 miles currently, but during the first 18 years, it was only driven 30,000 miles. The Carfax and records on hand confirm regular services. The condition of this 911 is nothing short of spectacular. The paintwork is stunning and in excellent condition with CeramicPro coating ($2,500) done in March 2020. The interior is beautiful including the dash, carpets, headliner, and steering wheel. The front and rear seats have been reupholstered in black leather with houndstooth inserts.

Mechanically, the 3.6L engine runs very strong with a 5-speed manual transmission, which is an effortless shift due to the hydraulic G64 gearbox, and four-wheel disc brakes. The Carrera 4 has the all-wheel-drive feature which provides excellent traction with 17" Cup 1 wheels, Michelin 205/50ZR17 in the front & 255/40 ZR 17 on the rear.

Complete with books, records, jack, spare tire, and Porsche Certificate of Authenticity, European Collectibles is pleased to offer this particular example of the 964; a rare opportunity to acquire the first year of the 911 Carrera 4 Coupe in a classic color combination.

The 964 was considered to be 85% new as compared to its predecessor, the Carrera 3.2. The first 964s available in 1989 were all-wheel-drive equipped "Carrera 4" models; Porsche added the rear-wheel-drive Carrera 2 variant to the range in 1990. Both variants were available as a Coupé, Targa, or Cabriolet. The 964 Carrera was the last generation sold with the traditional removable Targa roof until the 2011 991. A new naturally aspirated engine called the M64 was used for 964 models, with a flat-6 displacement of 3.6 liters. The 964 Porsches are loved by many enthusiasts for their classic look and feel, but modern drivability. Unfortunately, Porsche struggled during the 964 era and not enough examples were produced to meet the demand of collectors today.