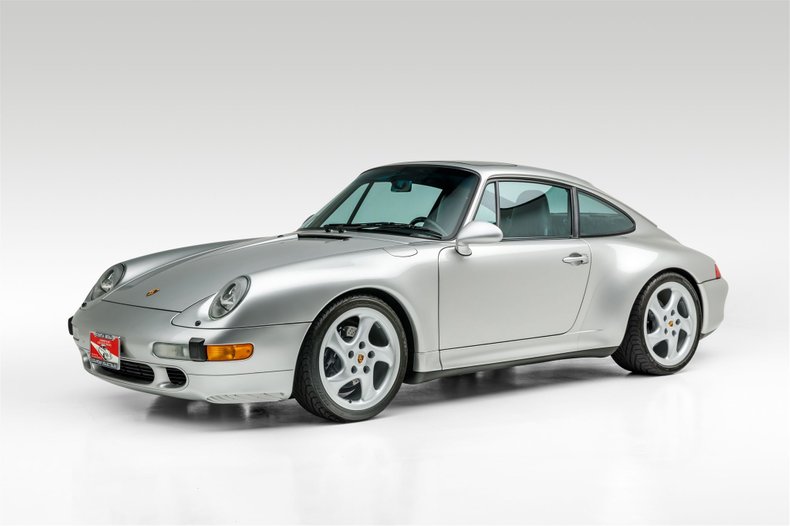 Pristine, low mileage example was completed in January 1997, during the second to the last year of production. It is documented with service invoices and ownership history and has just 18,727 original miles. Extremely well maintained and cared for. We don't think this car ever saw rain or even a significant amount of sun.

The last of the air-cooled Porsches, one of only a few factory wide bodies built. Over 23 years old and is in beautiful condition and drives like a dream!
Options

The 993 was much improved over, and quite different from its predecessor. According to Porsche, every part of the car was designed from the ground up, including the engine, and only 20% of its parts were carried over from the previous generation. Porsche refers to the 993 as "a significant advance, not just from a technical, but also a visual perspective." Porsche's engineers devised a new light-alloy subframe with coil and wishbone suspension (an all-new multi-link system), putting behind the previous lift-off oversteer and making significant progress with the engine and handling, creating a more civilized car overall providing an improved driving experience. The 993 was also the first 911 to receive a six-speed transmission.