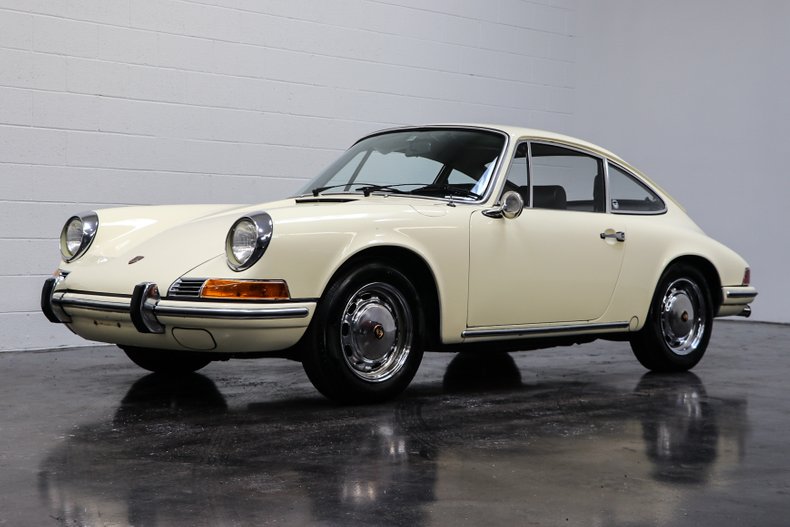 Sold new on September 20th, 1969 to Loren Owen at Art Janpol Volkswagen Inc. in Albuquerque, New Mexico. In 1972, the 912 was sold to the next owner, Pamela Mortenson, in Oxnard, California. In 1975, the motor had a top end rebuild at 75,000 miles and was always serviced at Auto Dienst in Oxnard, California. After nearly three decades of ownership, Mrs. Mortenson decided to sell the vehicle to its next owner, Brad Kane who had this 912 from 2004-2014.

Last of the 912's produced built in 1969 with a longer wheelbase and the best 901 transmission, finished in Light Ivory with Black leatherette interior and charcoal carpets. Door panels, dash top, headliner, carpets, and leatherette seats are all in very good condition. Great running and driving 912 that is solid and rust free with excellent gaps and panel fit. Mechanically the matching numbers 1600cc engine runs strong, smooth shifting 5-speed manual transmission. Excellent opportunity to own the last year of the early 912's.

As production of the 356 model concluded in 1965, on April 5, 1965, Porsche officially began production of the 912 coupes. Styling, performance, quality construction, reliability, and price made the 912 a very attractive buy to both new and old customers, and it substantially outsold the 911 during the first few years of production.