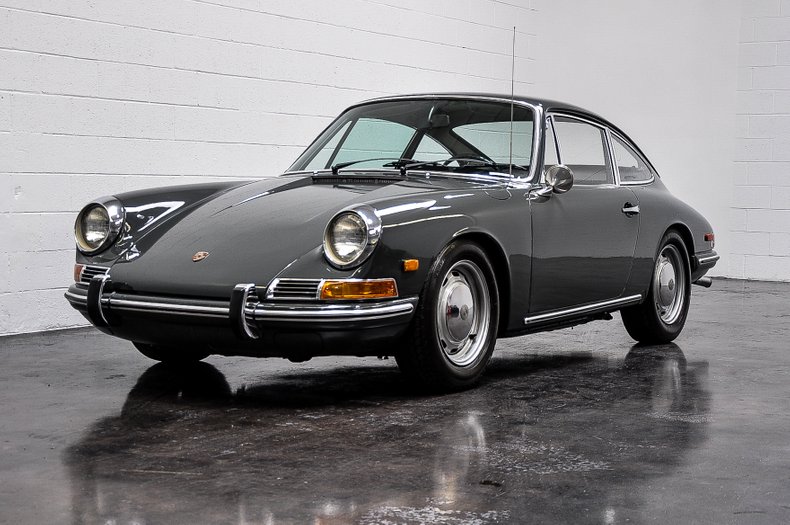 The first owner had always wanted to drive and experience the feel of a 912. He purchased the vehicle new from a local dealer in the San Francisco Bay area. The 912 stayed with the same family for over 41 years. The 912 participated in many Porsche Events over the years in Pleasanton, California. In 2011, the 912 was passed down from father to son. The son decided in 2010 to get the 912 in great running and driving condition after sitting for over 16 years in the garage. In 2016, European Collectibles sold the 912 to the third owner who has enjoyed the vehicle but now has lost his garage space and the time has come to part with this exceptional 912. Truly, a great 912 that runs and drives as it should.

As production of the 356-model concluded in late 1965, Porsche officially began production of the 912 Coupe. Styling, performance, quality construction, reliability, and price made the 912 a very attractive buy to both new and old customers, and it substantially outsold the 911 during the first few years of production. Porsche produced nearly 30,000 912 units. In 1968, Porsche made available a Targa 'Version II' option ('hard window Targa') with fixed glass rear window, transforming the Targa into a coupe with a removable roof.