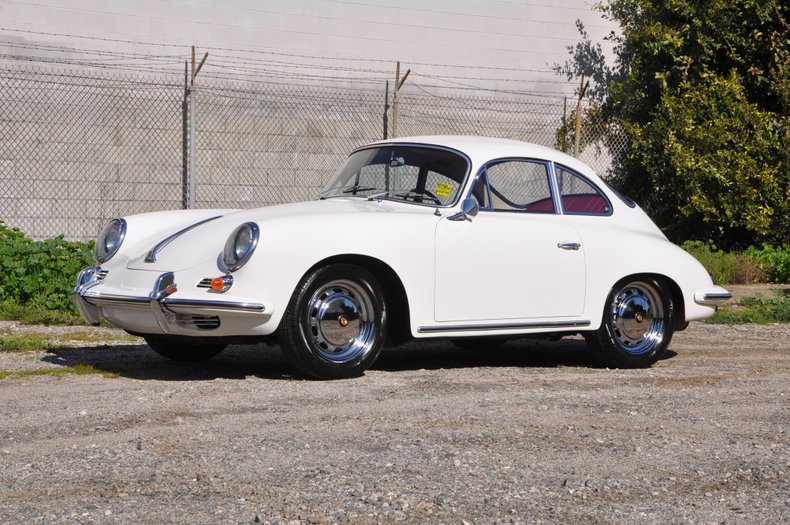 Gerhard Karl Klagge (1st owner) purchased this 356SC new in Hamburg, Germany; he then moved from Germany and shipped over the 356 and went to work for Norman Motors, the original Volkswagon dealer in Evansville, Indiana. He also worked selling European cars for McGee Motors and retired from D-Patrick Motors now D-Patrick Motoplex in IN. He traveled to Europe many times and was proud of having crossed the Atlantic ocean 55 times. He loved cars and auto racing; traveling to Formula One and other races all over the country. He was a member of the Sports Car Club of America and also was a member of the Porsche Club of America.

Mr. Klagge drove this 356SC for five years before he sold it to his dear friend Randolph C Thompson (2nd owner). Mr. Thompson took very good care of her but finally after 47 years it was time to sell his beautiful Porsche.

European Collectibles then purchased this 356 and installed a correct new German interior including carpets, seats, door panels, dash and headliner. The undercarriage was completely stripped to steel and undercoated in German undershoot. Solid and rust free floor pans & battery box that are fully detailed. An engine out detail was done while doing some fine tuning on the engine stand.

Extremely nice driving 356 SC Coupe with plenty of horsepower. This 1964 Porsche 356 SC Coupe is in excellent condition and drives as it should! Ready for cars & coffee, a car show or many miles of pure enjoyment.